The Mahi Behind The Scenes 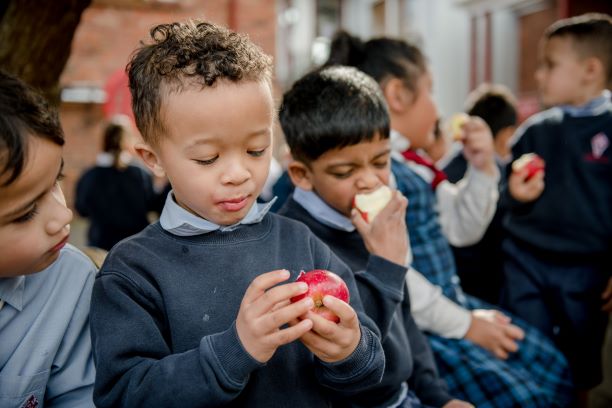 When we have a great angle about our clients that we know the media will love, we don’t just sit back and relax once the press release has been sent. We double down with personalised calls to our contacts at newsrooms. This ensures maximum exposure and a win-win for both local media and our hardworking clients.

We recently took charge of updating the media on the Fruit In Schools programme that this year has served a record two-million more servings of fresh fruit and vegetables to tamariki in Aotearoa.

FIS is funded by the Ministry of Health, managed by United Fresh and supported by the 5+ A Day Charitable Trust. The initiative sees each child and staff member at Decile 1 and 2 schools given one piece of fresh produce daily.

We collected quotes from senior teachers at several FIS schoolsto give the press release a more personal feel and therefore, a more powerful impact.

The Gisborne Herald was interested in its nearby school that has many pupils very much in need of the programme. Marilyn Ash, FIS Co-ordinator at TeHapara School in Gisborne, told us the nutrition provided by the fresh produce is often the first meal of the day for many.

“We have been receiving the free lunches since February and really value the fruit, we have it for morning tea and some children don’t have breakfast, so the fruit is really important to us,” she says.

Media in the eastern Bay of Plenty were keen to interview the Principal at Te Kura Toitu o TeWhaiti-nui-a-Toi near Murupara, Josephine Gage, who says fresh fruit is a real treat for their tamariki.

“Fruit is going well; the children enjoy the fruit, especially the oranges. We will be part of the free lunches with Murupara Area school and certainly see the value in continuing with fruit because children do not have fruit at home, and it carries them through until the free lunches.”

Whakatane-based radio station, 1XX FM and The Beacon newspaper were both interested in the story after we highlighted that locals were available to be interviewed. By targeting different types of media in the same area, the potential audience easily numbers in the hundreds of thousands which means Fruit In Schools is receiving the public acknowledgment it deserves.

FIS reaches every decile one and two school in Aotearoa, more than any other food and nutrition health promotion initiative. It was recently recognised by the World Health Organisation (WHO) as an exemplary programme with a case study presented by the international group AIAM5 in August last year.

“United Fresh has worked tirelessly to provide fresh fruit and vegetables daily to improve the health and well-being of New Zealand’s most vulnerable children. FIS is a world-class, innovative response to food insecurity and the recognition from WHO confirmed that,” says United Fresh President Jerry Prendergast.

Village PR is proud to be supporting the country’s most successful and effective school-based nutrition initiative that is delivering millions more pieces of produce to tamariki in need.